Tamil Nadu is the eleventh largest state in India by area (about the size of Greece) and the seventh most populous state. Its capital and largest city is Chennai. It is the fifth largest contributor to India’s GDP and ranks tenth in Human Development Index.

Tamil Nadu covers an area of 130,058 square kilometres (50,216 sq mi), and is the eleventh largest state in India and has country’s third longest coastline of about 910 kilometres (600 miles). The bordering states are Kerala to the west, Karnataka to the northwest and Andhra Pradesh to the north. To the east is the Bay of Bengal and the union territory of Puducherry. The southernmost tip of the Indian Peninsula is located in Tamil Nadu. At this point is the town of Kanyakumari which is the meeting point of the Arabian Sea, the Bay of Bengal, and the Indian Ocean.

The state has the highest number (10.56%) of business enterprises and stands second in total employment (9.97%) in India, compared to the population share of about 6%. Tamil Nadu has attracted several industrial sectors that are a part of India’s new economy sectors. In recent years, these industries have helped the state achieve over 13 per cent of GSDP growth. The Census 2001 highlighted that Tamil Nadu has the highest level of urbanisation rate (43.86 per cent) among all states.

The state attracted cumulative FDI inflows of US$ 5.2 billion between April 2000 and October 2009 and is amongst the highest FDI attracting states. FDI inflows have helped achieve greater technological advancement and more value added, exportable products.

The state comprises of well qualified, skilled, disciplined, productivity-oriented and English-speaking workforce. The standard of education and educational institutions is highly rated in the country. Average wages are also lower than similar workforce in the developed countries.

The region has been the home of the Tamil people since at least 500 BC. Its official language Tamil has been in use in inscriptions and literature for over 2000 years. Tamil Nadu is home to many natural resources, grand Hindu temples of Dravidian architecture, hill stations, beach resorts, multi-religious pilgrimage sites and eight UNESCO World Heritage Sites.

Chennai, Coimbatore and Madurai are the three major cities of Tamil Nadu. Chennai is the largest urban metropolis of the state. Coimbatore is a major textiles and engineering hub of South India. The hill stations of Ooty, Coonnorand Valparaiare close to Chennai make it a good base for tourists, all year round.

Madurai is regarded as the ‘Temple City’ and known for its cultural significance.

Tamil Nadu is heavily dependent on monsoon rains, and thereby is prone to droughts when the monsoons fail. The climate of the state ranges from dry sub-humid to semi-arid. 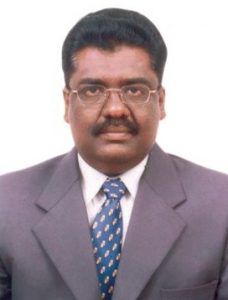 I am honoured to have been chosen as the Chairman of IACC Tamil Nadu Branch. It is indeed a privilege to Chair such an outstanding organisation providing 51 years of successful service in enhancing economic engagement between India and the United States.

Having started my career in Pharmaceutical Sales and Marketing in 1989, I am a first generation entrepreneur and for the past 17 years I have been a promoter and Director of several pharmaceutical companies. The mission of IACC resonates with my values and experience in holding lead positions in various other trade associations. Being elected as the Chairman of Tamil Nadu Branch committee for the year 2019-20, I aspire to continue the legacy of my predecessors by being the voice of our members for the greater good of the industry.

A Big thank you to Immediate Past Chairman Dr. A. Sakthivel for his passionate leadership.  His initiative and commitment inspired many of us in concentrating earnestly towards progressive growth of the association and wish to place on record two very significant achievements – 1) accomplishing the interior design and inaugurating the office premise and 2) co-ordinating the road shows and business meetings for the high-level Industry delegation to the USA led by the Hon’ble Chief Minister Shri Edappadi K. Palaniswami to promote Tamil Nadu as an ideal investment destination. The delegation was a phenomenal success attracting an investment commitment of over INR 8,835 crores with potential to create the 35,520 new jobs in the State.

This was followed by the Automotive, Aerospace & Defense 14 member Industry Delegation from Sep 9 – 18 in 5 cities – Detroit, Hartford, Washington D.C., Seattle and San Francisco.  This   delegation   aimed   at   exchange   of   information,   understand the innovative technologies, explore  trade  opportunities  including  joint    ventures, strategic    partnerships    and    capital    investments  with key OEMs and other tier I / II suppliers.

The committee’s growth agenda for the current year 2019-20, will be to conceptualize and conduct programs, workshops and sector specific activities that adds value to members’ business growth by

Having said that I appeal to you to share your experiences and inputs which will be critical while navigating the winds of organizational change.

I look forward to working with you all and to being part of an exciting future for the IACC Tamil Nadu.