Jamshedpur, also called Tatanagar, is named after Sir Jamshedji Tata who is credited with the foundation of this city at the beginning of the last century.  Located in the East Singhbhum district, the city is situated in the southern end of the state of Jharkhand and bordered by the states of Odisha and West Bengal, on the Chota-Nagpur plateau belonging to the Dharwarian period. It is the largest city in Jharkhand, and is regarded as the industrial capital of the State. The city is also one of the cleanliest cities in India, and  is a welcome break from the chaos of other Indian cities. Due to the high quality of life, standard conditions of sanitation and roads and welfare, it has been selected as a UN Global Compact City and is considered one of the best planned industrial cities in the country.

The city is primarily located in a hilly region and is surrounded by the Dalma Hills running from west to east and covered with dense forests, and is located at the confluence of Kharkai and Subarnarekha Rivers. The two rivers are the major sources of drinking water and groundwater for the city. Several lakes of varying size are also located near the fringes of the city, the major of them being the Dimna lake located in between the Dalma range and the Sitarampur reservoir situated beside Kharkai river.

The city falls under deciduous type of forest region and the green cover is estimated to be around 33% of the total land area. The city falls under the Seismic Zone II region and has many parks around it. Jubilee Park at Sakchi is the largest park in Jamshedpur. It was built by Jamshedji Tata, who got inspired by Vrindavanan Gardens of Mysore.

The largest industry in Jamshedpur is that of Tata Steel. It is situated in the centre of the city and occupies approximately 1/5 of the entire city area. It acts as a pivotal center for the industries of the city of Jamshedpur. The Tata Motors is the second major industry spread over an area of 822 acres (333 ha) in the eastern side of the city. The company also has its own township commonly known as Telco. The Nuvoco Vistas Corp. Ltd is a cement plant located in Jojobera, Jamshedpur, and is commonly considered as Asia’s largest Cement Grinding Unit. There is also a varied and powerful industrial base in the Adityapur Industrial Area of the city. 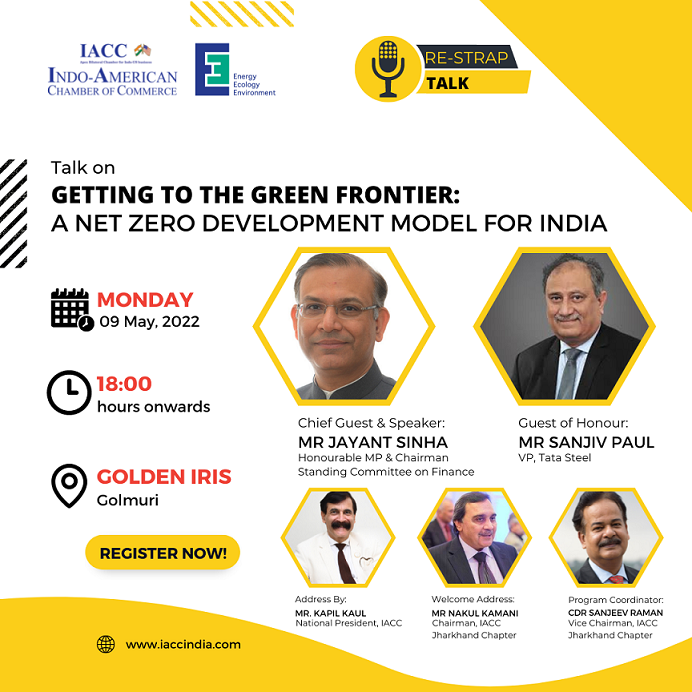 Talk on : Getting to the Green Frontier: A Net Zer... Event Date: 9th May 2022 Location: Jamshedpur